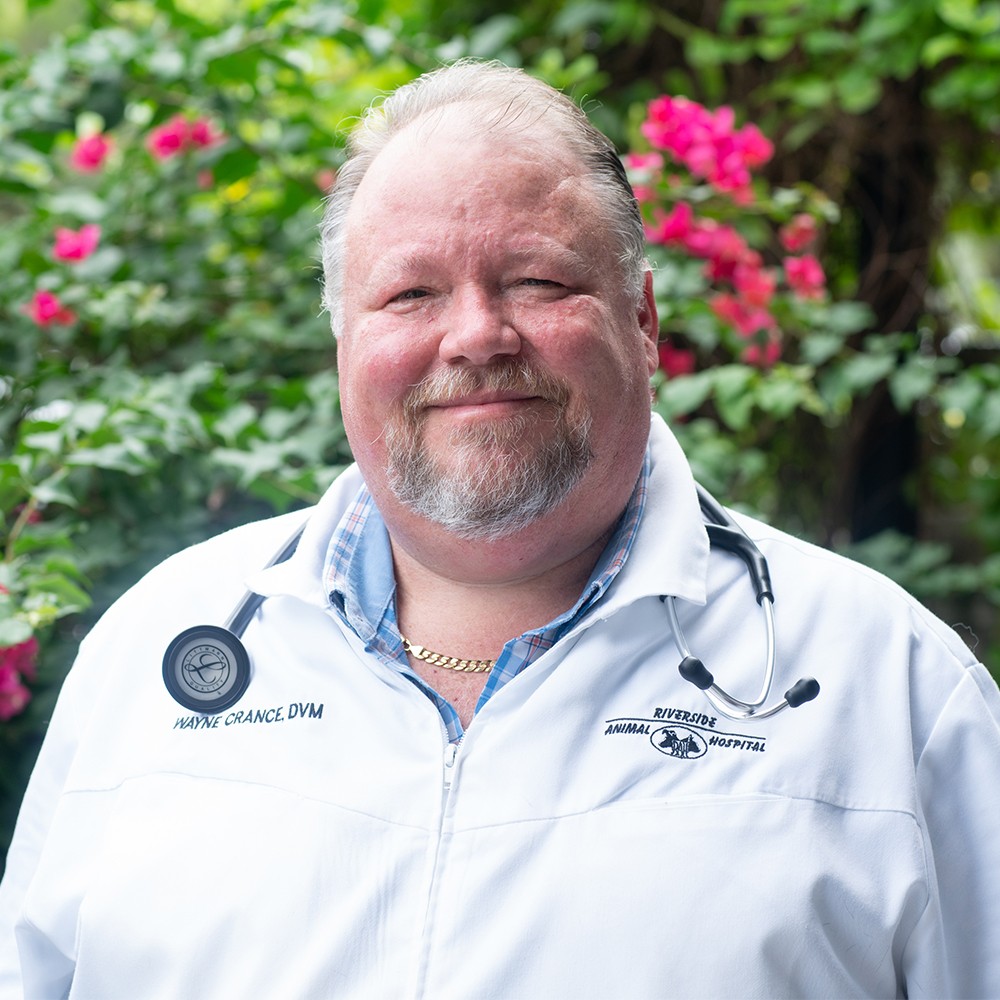 Dr. Wayne Crance opened Riverside Animal Hospital in 2001. Dr. Crance comes from Chicago but has lived in Coral Springs for the last 16 years. Dr. Crance graduated from the University of Florida in 1994 and has been a small animal practitioner ever since.

Dr. Crance is an avid reader of comic books and has been collecting them since the age of 7. He is also a huge fan of all Chicago teams including the Cubs, Bears, Bulls, and Blackhawks.

Dr. Crance has several pets which include 2 dogs and 2 cats. Hershey is a Chocolate Lab and Toby, his Shih Tzu.

Dr. Crance loves to give that personal touch to all his special patients and clients. Dr. Crance likes to make himself available for all of your needs.